Photos of the longest train in the world travel on MomaPIX 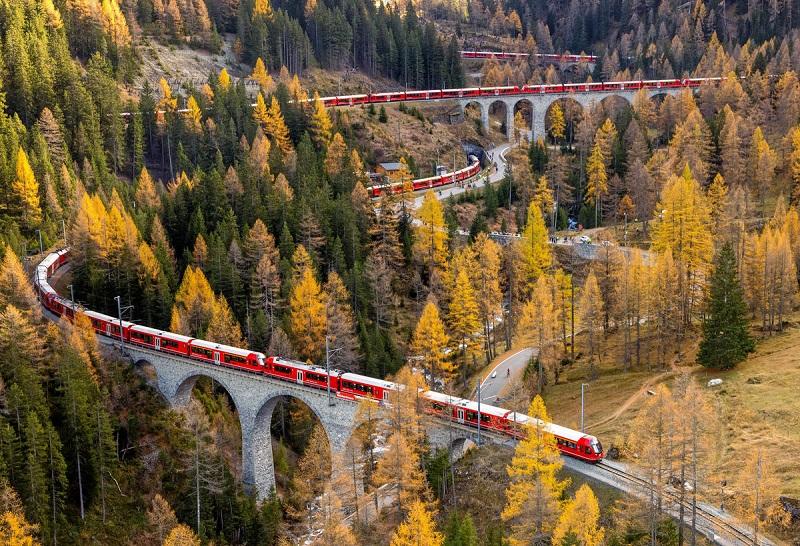 Swiss Image photo agency, MomaPIX client since 2020, was commissioned by its partner Rhaetian Railway to follow an event with worldwide media coverage. It was an attempt to set a new record for the longest passenger train in the world.

The images of the longest train in the world are extremely suggestive. On 29 October the red train of the RhB, made up of 100 carriages and 1,910 meters long, with 150 passengers on board, crossed bridges, mountains, woods and green meadows that are part of an itinerary included in the UNESCO World Heritage Site, the Albula railway.

Compared to the previous record set in Belgium in the 1990s, the train of the Rhaetian Railway was several hundred meters longer.

The record attracted great attention internationally, also setting Swiss Image's record for a single event in the last 25 years: 5.000 downloads in 24 hours and 25.000 in 5 days.

The LiveImage/MomaPIX workflow was designed to drastically reduce the time for putting photos and videos online. In the coverage of the Rhaetian Railway event, the images were distributed in 40 seconds from the helicopter to the Swiss media and in 60 seconds to 500 European media.

“I am really satisfied with how the LiveImage/MomaPIX system worked in this international event - says Andy Mettler, CEO of Swiss Image - The worldwide coverage of a Swiss theme occurs only every 10 years. For us, only the photos of Prince Charles hit by an avalanche in the Swiss Alps have attracted more attention, via Reuters. The photo database played the most important role, Digital Asset Management was crucial for the event coverage and for the pictures distribution around the world by photo agencies. "

How to go viral with JamPrime

DAM and storytelling for corporate communication