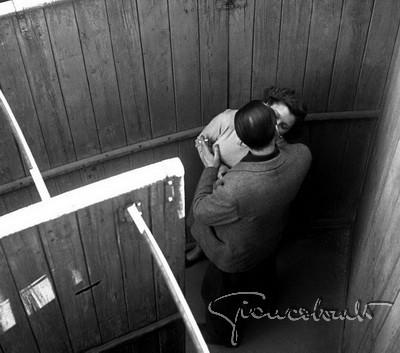 The historical archive of the famous "pioneer and gentleman" photojournalist Gian Battista Colombo is managed online with MomaPIX DAM software. His shots represent an important testimony for our country.

We had the pleasure and honor of interviewing her daughter Susanna, who passionately talks to us about her father, the pathos and the aesthetic appeal of her photographs ... making us excited to listen to the story itself!

Online management and promotion of the Giancolombo historical archive

Susanna, when and why did you decide to put your father's archive online? "After the natural decision to create a website that remembered the work and the figure of Giancolombo, but that was configured only as a static showcase, the market itself asked us to evolve the iconographic space and make the part available to sector workers of the archive already digitized."

How do you carry out the promotion of the Giancolombo historical archive? “I am often surprised that there is hardly any need for it. Many requests come from those who already know the author and expressly request their images for iconographic as well as documentary purposes. However, I must say that the presence on the net of the archive in a visible form, not protected by an access password, is an incentive and arouses interest. "

Who are the main interlocutors interested in the photos of the archive? “A lot of attention has developed for the images of our past, for the memory of our country. Thus the archive is found to be an important source for those who organize celebratory exhibitions, for those who work in magazines that want to remember how we lived in the twentieth century; in fact, the images manage to show both our evolution from a cultural and social point of view and some peculiarities that have never changed. "

Enhancement of the photographic archive as historical evidence

Susanna, what does the Giancolombo historical archive represent for you? “The legacy of my father's talent. A historical testimony. A valuable source of information. A continuous aesthetic suggestion. I am jealous of images in a passionate and almost obsessive way, although I am happy when I can share them, to show others what I am lucky enough to see every day. "

What were the circumstances under which your father established himself as such a well-known photojournalist? "In the post-war historical period, fertile ground for those with talent and determination, the publishing world was extremely receptive and recognized photography as a fundamental testimony beyond the written word - Giancolombo in fact as soon as he began to collaborate with Corriere Lombardo, received the qualification of "reporter with camera". But the great editors of the newspapers of the time (Buzzati, Benedetti, Rusconi, Tofanelli, to name just a few distinguished names) were very demanding and demanded a high-level product. So what was known as the golden age of journalism was created, which saw the best brands and the best photographers, because quality was fundamental. In this context Giancolombo proposed his skills and in a continuous exchange with the lesson of journalism, he grafted his own recipe for speed and presence of spirit: his scoops - like that of Churchill who takes a bath on the Lido of Venice - were real theater hits."

What do you think was your father's secret for becoming so famous? “I get a simple answer: he was good. After the phase in which it was enough to be in the right place at the right time, the following years saw his rise in the world of reportage through the quality of the images, made of technique, of reasoning but also of passion - or rather pathos, in the meaning of the sharing of the emotion that the subject or the situation transmitted to him, allowing him to be part of it while remaining a respectful external observer. Over time, the interlocutors also changed: from magazines to magazines such as L'Illustrazione Italiana, which asked him for real photographic stories. " What were your best qualities from a human and professional point of view? "Someone in an article described Giancolombo as" pioneer and gentleman ", which embodies the essence of his way of facing the world and photography. Pioneer for entrepreneurship, innovative for the time: the creation of an agency structured on the model of the editorial offices of the great French newspapers, where every day the envoys and services were decided together with the collaborators. The fame came also through this structure, which responded to the requests of Italian but also international magazines, such as Paris Match and Life. Gentleman for his way of being, never invasive, which allowed him to establish a relationship with the personalities he wanted to shoot and thus obtain the best portrait."

Susanna, is there a photo from the Giancolombo archive that you particularly love? Can you tell us why? "There are many; when I do digital scans, I often find the image that takes my breath away. From the kiss stolen to the amusement park in Milan, in 1950, which takes two lovers in a maze in a perfect graphic game; to the photograph taken of a bohemian painter on rue Mouffetard in Paris in 1953, black turtleneck, French look and a Siamese cat on his shoulder. The latter has remained as wallpaper on my computer for a long time. But what remained 'inside' me is an image that dates back to 1947, in the period when Giancolombo was still a freelance, before the foundation of the agency; it is the portrait of some men, probably taken in a hotel for the poor, as the structures for the most deprived were called at the time. The expressions on the faces say much more than a thousand stories from that historical and social period."

What is photography for your family? “Something inevitable and natural, we have always breathed technique, film and photographic paper. I had a (serious) camera in my hands at 5 years old, and in my house there were whole drawers full of photographs. My sister won a photography contest at the age of 10 and my granddaughter takes beautiful pictures. But my father never dispensed teachings, only advice and comments on the shots. Since I follow his archive, of course, his teachings are before my eyes. "

IPA increases its commercial strength by leveraging the DAM API 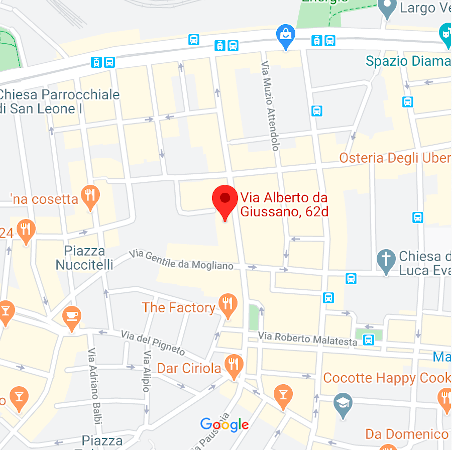